Participants of interview: GLENN TIPTON – GT K.K. Downing – KKD ROB HALFORD – RH Rob Halford SR: The long – awaited album ANGEL OF RETRIBUTION has been finally released. There have been many discussions and quarrels in the press about your CD. How do you rate and judge the album yourself? GT: There had […] 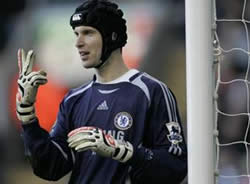 Author: Vadim Rudnev Football Metaphysics Dedicated to football fans Valery Anashvili and Vladimir Shuhmin Football is a game played by feet. In a nutshell, our understanding of symbolic function of the foot is reduced to the fact it being a substitute of a virile member and – even wider – in general, a sexuality substitute […]

JAMES KOLE Film Composer-Singer/Songwriter. Listening to Kole you could easily imagine him firmly grounded at either end of a wide musical spectrum – from blues guitarist to folk singer. Interestingly it’s his ability to combine the best elements from either side that gives him his own unique and personal sound. Credits: James Kole’s ‘Dorwning in […]

Sparkling is: Carsten Bentzen Vocals Jens Christian Madsen Keys, programming The story of Sparkling begins in the end-90’s when Carsten Bentzen and Jens Christian Madsen first met at a dusty office in Copenhagen and immediately got close friends. At that time Bentzen was the lead-singer in Wanderlust and was recording his bands second studio album […]