In 2003, Jody Aaron’s songwriting won him first place in CNN’s International Talent Search. Jody competed against hundreds of other entrants from around the world and was judged by recording artist Willa Ford, Atlanta Symphony Orchestra Director Jeri Flynt, and Rapper/Actor Emmanuel Lewis.

Imagine the mail clerk or the box boy, the receptionist at the company you know writing a song about his job and then performing it in front of all the company’s big executives, and then winning enough money to repay his college loans or make a down payment on his house in one night. In 2003, that’s what Jody Aaron did, not mention winning a slot on CNN’s Aaron Brown Newsnight performing “The Prompter Song”.

Jody Aaron Friedman hails from the coastal town of Clearwater, Florida. Raised along The Gulf of Mexico, with lush palm trees, and white sand beaches — Jody’s natural surroundings helped shape his relaxed, and honest sound. Growing up only an hour from DisneyWorld and Universal, Jody’s imagination has been stretched with no limitations.

His father, from our nation’s rock n’ roll capital, Cleveland, Ohio; raised Jody on the music of legendary singer-songwriters like Harry Chapin, Simon and Garfunkel, and CSNY. Jody would soon find musicians of his time that emulated their folk-roots sound; musicians like Dave Matthews Band, Indigo Girls, Shawn Mullins, and Sarah Mclachlan would become icons in Jody’s world.

Somewhere between the cartoons, the theme parks, the beaches, education, and the music, Jody found time to put his imagination to good use – through the power of song.

In 2004, Jody’s single, “All I Wanted” from his indie release “est. 1980” was featured as “Song of the Day” on Garageband.com The song was given this honor after receiving outstanding reviews from other indie artists. Garageband.com gives hundreds of thousands of indie musicians a chance to get feedback and exposure, exchange ideas, find new fans, and further their careers.

2004 brought more success for Jody when his song, “World Is Fallin’” was chosen as a finalist by VH-1’s Song Of The Year International Song Competition.
www.songoftheyear.com

2004 ended with a bang when Jody was brought in a secret opening act for CNN’s Talent Search. The aptly named “Jody Friedman Experience” was the title of Jody’s end of the year performance at the Tabernacle in Atlanta where he was seen singing and dancing alongside rapper/producer Emmanuel Lewis, and rap artist, Klone.

Jody’s current endeavor consists of composing theme music for CNN’s Nancy Grace Legal Show. His songs are also being considered for use on an upcoming CMT television show.

Jody lives and gigs locally in and around New York City. 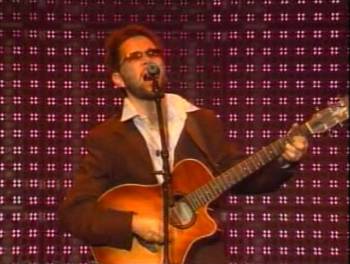 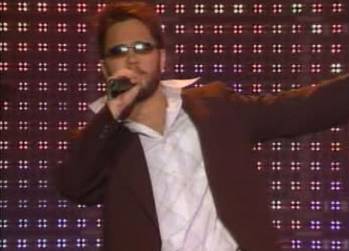 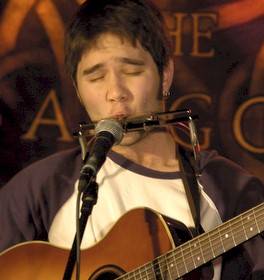